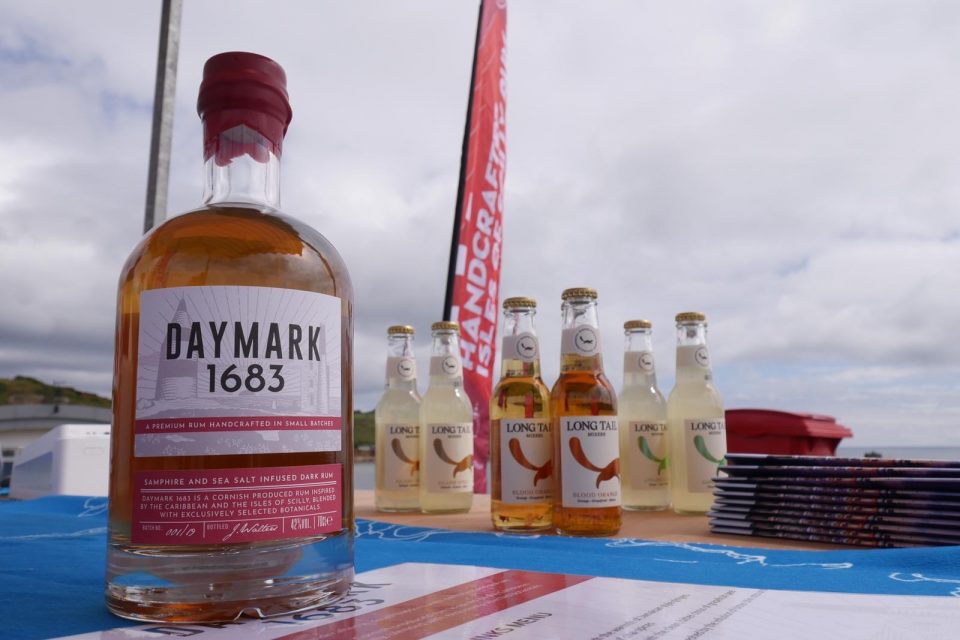 The 2019 World Pilot Gig Championships played host to 120 gig teams landing in the Isles of Scilly to compete to be the best gig crew in the World. It was a special event for us as well, as it played host to the launch of Daymark 1683 rum! Daymark 1683 erected a pop-up bar on the bank of Porthcressa Beach, St Mary’s to mark the occasion.

Serving delicious rum, cocktails and mixers in the early summer sun was an instant hit with the thousands that descended upon Scilly. The Sunday evening was a particular highlight after the final race when the athletes were able to let their hair down and have a good drink! We welcomed hundreds of people dancing into the sunset with a rum punch in hand.